No question about it; the 2005 Silicata from Selvanova is no crowd pleaser, but when drinking the wine I am thrown 15 years back in time, landing at my very first date with an Aglianico. It was the D’Angelo Aglianico del Vulture that set my heart on fire already then, but somewhere along the road I forgot about the intriguing wines from the southern parts of Italy. Time to change that!

Castel Campagnano, a little village north of Napoli, houses the producer of Selvanova. Run by the geologist Antonio Buono he has certainly found his own path – not flirting with easy wine drinking. 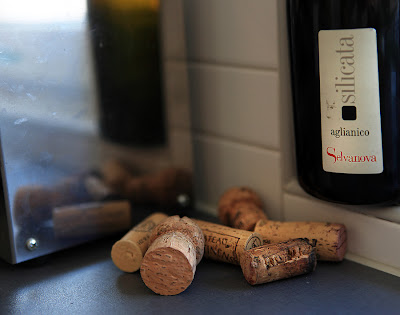 Now, I’m not belauding the producer and writing this post to sound like I’m not following the crowd – and only drinks odd wines no one ever heard of. No, the 2005 Silicata is a tough one to like from the start and believe me, it took me more than a sip. But after a while, and of course with food and aeration, it developed beautifully in the glass, and if you’re a fan of a dusty feel in your wine, dried fruits, tobacco, barnyard and Nebbiolo like tannins then please continue reading.

Beaucastel and Pegau in Chateauneuf-du-Pape has its followers mostly due to the Brettanomyces yeast found in their respective wines. Just as many can’t stand the taste of so called ‘brett’ and considers the wines to be damaged. The Silicata should probably appeal to the brett people with its funky barnyard bouquet, backed up by warm earth, licorice, tobacco, figs and red berries. Quite full bodied with an impressive tannin structure resembling a Barolo. The topography is also revealed with fine acidity backing up the tannins and the plentiful fruit still remaining. Plums skin, wet concrete, tobacco, red berries, dust and leather in the taste. Long, acidic finish.

Labeled as an IGT, Indicazione Geographica Tipica, makes one wonder what they did to the wine to upset the local authorities. The answer is spelled….Cabernet Sauvignon. 15% of it found its way in to the Silicata giving the wine even more texture and tannins. Its interesting how many Italian wines gains from 5-15 % of the Cabernet grape, not just the Sangiovese.The vines are young and planted in 2000 on a argilo calcaire south east facing slope around 200 meters above sea level. 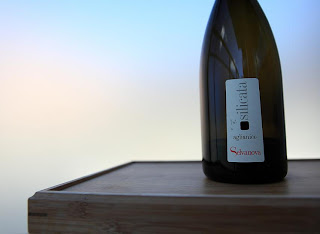 After fermentation, that takes a little less than two weeks, it is racked in to barrels where it stays for one and a half year. But Antonio Buono doesn’t release it after that; no, it is allowed to rest two further years in bottle prior to finding its way to the wine shelves around the world. The production is only around 9000 bottles so it can be a bit tricky to find but I promise you; it’s worth the effort and you will be rewarded! In Europe it retails around EUR 20.