What's new:
You are at:Home»Austria»Grape Varieties in Austria»Blaufränkisch»An Austrian LaLaLa and one in disguise?

First of all; would you consider spending 50 Euro’s on a Blaufränkisch? I know, blau what you think. Secondly; are you prepared to give it perhaps up to a decade in the cellar before starting to pop?

Blaufränkisch has all the potential to become a favorite amongst wine consumers. It has a racy structure with fine acidity and good tannin grip. Often a bit spicy in its bouquet and taste – and offering some resemblance with Syrah. Then, it doesn’t have the body as a northern Rhone – more of a Burgundy. So, let’s talk about a Syrah/Gamay/Pinot Noir resemblance and add a Northern Italian touch to it. Did you follow? 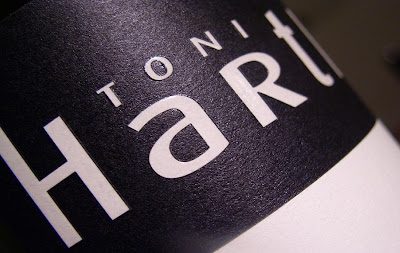 Once in a while you get to taste wines that amazes you – when the bottle is revealed. Toni Hartl’s super premium Blaufränkisch is such a wine. Just the idea ‘My star in the portfolio is going to be a Blaufränkisch’ you got to admire. It wont exactly create a rush to the local retailer mildly put. Unless you actually have tasted the wine!

Eisner – a single vineyard Blaufränkisch in Leithaberg at Neusiedlersee has impressed me greatly twice now. The vines have reached a respectable age, averaging 36 years. Toni puts in some Cabernet Sauvignon in the wine (15%) – and as we know with the Tuscans using the same amount together with the Sangiovese, those per cent gives the wine a classy structure.

Blaufränkisch needs a climate which is not too cool. That is why it thrives at Neusiedlersee and the Eisner site is providing great micro-climate with lots of heat and a soil structure perfect for the grape. Shell limestone with underlying loam in a good slope. 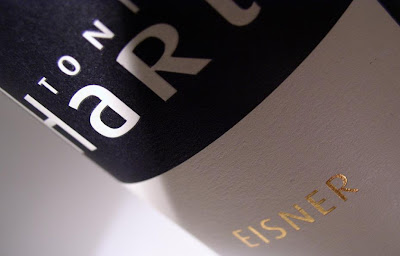 So, Blaufränkisch accompanied by some Cabernet Sauvignon aren’t perhaps that remarkable. But the guy puts the wine in 500 liter French oak barrels for 40 months (Yes, you read right; it’s not a typo) which in my world would deliver an oak bomb model clumsy. It is not. The oak is barely there! When tasting the 2006 Eisner it is first on the third day opened the oak starts to reveal its presence. The wine has a sour cherry note bouquet with herbs, sagebrush, subtle oak, minerals scents in abundance and a sweet root note. A sense of cool climate wine in a hot place if you get that contradiction. I think I do…

The taste is of red berries, huge amounts of fruit, wet rocks, licorice, cherries and subtle oak. A fascinating slightly bitter aftertaste adds an extra dimension to the long aftertaste. Pure feeling all over it. There’s no doubt this is a long keeper. At least ten years but for how long I hope there’s someone out there able to tell me, because my experience with cellaring Blaufränkisch is more or less zero. 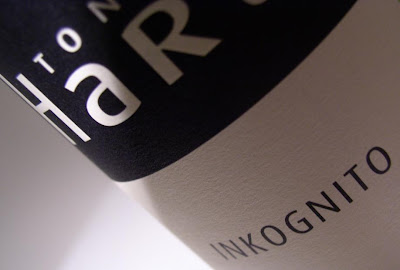 In order to understand the 2006 Eisner I try Toni Hartl’s blend, the 2008 Inkognito, as well. This is a cuvée consisting of Cabernet Sauvignon, Syrah, Cabernet Franc, Blaufränkisch and Zweigelt! The styles can’t be more different. Where the Inkognito offers spicy, blackcurranty and sour cherry notes with generous oak feel to it (dark chocolate, vanilla and tobacco) in a more fullbodied style, the Eisner is all about elegance and a restrained wine. Inkognito has good ageing potential but I admit it is quite seductive already in its youth.

The 2006 Eisner is an eye opener for those who yet haven’t realized Austria is producing red wines closing in at international top levels. Doing that using domestic grapes, well at least Blaufränkisch must be considered mainly an Austrian affair, is worthy of our attention. Clearly the wine varies a lot in style as well; my first approach towards the Eisner were the 2004 which was more spicy and ‘green’ in its character. Also more generous oak feel. Still, both vintages have resulted in great wines but in my case I’m slightly more fascinated by the 2006. This is such a unique experience for me and a wine style I seldomly bumps into.

P.S. If you wish to try the wines from the biodynamically run Toni Hartl Estate, then try to stay open-minded and not initially compare the quality with other more well-known wine regions. I know some will react on a grade saying 93-94 points on a Blaufränkisch but for me this is exactly that great.