Few wine regions in the world benefits from the uncritic passion of wine drinkers as Bordeaux does. We’re prepared to pay sums not nearby the quality – just the fact the label says Saint Emilion or Pomerol seems good enough for many. Whether it’s a generation thingie where origin outshines quality when inviting friends for dinner, I don’t know – but it wouldn’t come as a surprise. Or perhaps it’s just pure laziness – learn a few classic wine regions and settle with that knowledge.

Now, I’m not going to blacken Bordeaux – I still love the region – but I have started to question my own cellar which around a month ago, was heavily dominated by Bordeaux. Thanks to BBR’s new service, BBX, that is no longer the case. New case entries from Yarra Valley, Central Otago, Beaujolais, Sicily, Douro and Washington State to mention some, has made my place at the Basingstoke warehouse much more exciting.

Due to the 2009 en primeur pricings, Bordeaux is catapulted from my future cellar buy’s list. I’ve given Bordeaux 15 years of worship and probably quite a substantial amount of money as well; they have given me ridicolous price settings. But here it stops! I will keep on buying those lovely and undiscovered chateau’s from lesser known appellations but I won’t contribute and encourage to the obsession the classified growths enjoy. These has become the ultimate evidence of upper class drinking prior to what’s in the bottle. 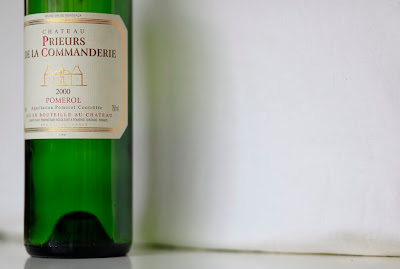 So, how does a Bordeaux stand if compared with wines from the apprentices? Three bottles were chosen with the requirements; 1. similar age and 2. similar price. I decided to pop a Pomerol from the outsanding vintage of 2000, the Prieurs de la Commanderie (EUR 25), the 2003 Montecillo Gran Reserva from Rioja (EUR 20) and the 2003 Méthode Ancienne from Springfield Estate in Robertson, South Africa. (EUR 30).

The miniscule Pomerol with an yearly production around 1,000 cases is owned by Clément Fayat, the magnate of highways. In his portfolio you will also find Chateau La Dominique, Chateau Clement-Pichon and La Commanderie de Mazeyres. At his side, consulting, is the apprentice of Michel Rolland – Jean Philipe Fort. By many considered the number one name to follow in the consulting world of Bordeaux wine making. 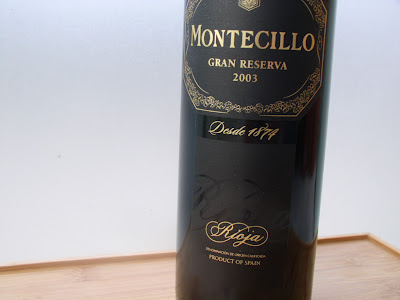 Montecillo is a well-knowned brand amongst Rioja afficionado’s. Perhaps it should be it as well amongst Bordeaux addicts considering the producer has always been a keen follower of Bordeaux winemaking tradition. Not that odd actually. Rioja was the place to be when the Phylloxera were busy devastating the vines in Bordeaux. Winemakers went to Spain and there Rioja got a well needed injection of French knowledge. When the solution to stop the Phylloxera were discovered the winemakers went back to Bordeaux, leaving the Rioja region filled with French know-how.

Montecillo has been faithful to Bordeaux and prefers, for example, French oak to American which otherwise has been almost synonymous with Rioja for many years. Since decades they have the same winemaker, Maria Martinez. With her controling the winemaking the company has chosen to get rid of all their own vineyards and instead buy from contracted cultivators. 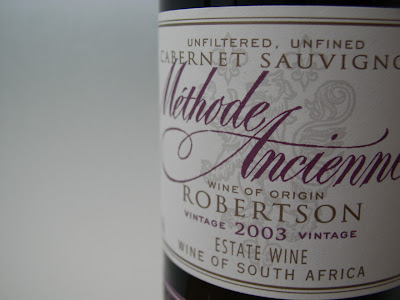 ‘It’s the best we can do’, the back label says on the Méthode Ancienne from Springfield Estate in Roberston. From a steep southerly slope on rocky terrace soil they harvest their Cabernet Sauvignon which were planted in 1979. The estate is to be found in in South Africa’s Western Cape Province and is owned by the Bruwer family, fourth-generation wine farmers. Although winemaking is not a new discovery in South-Africa it is still first a couple of decades ago the wine industry exploded. Most fame is probably thanks to the Bordeaux inspired wines which today, has developed into their very own style and no more can be considered copycats.

Tasting notes on the Pomerol, Rioja and Robertson bottles: 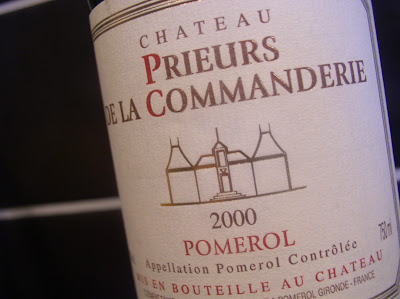 Red color with a mature rim. This one don’t need more than a few minutes to open up; ground coffee, vanilla, leather, smoke, currants, earth and tobacco on the nose. I’ve tasted this one at three occasions before and the bouquet reminds me just how much I’ve appreciated the nose before. A harmonius taste with integrated oak, gentle tannins and I get the feeling this one’s at the top now. At first, fine curranty notes, sweet licorice, smoke and slightly herbaceous; then after a while it looses stringency and becomes less harmonius. No long finish – just a well made mature Pomerol. If you fancy some fruit in your wine – and happens to have a 2000 Prieurs de la Commanderie – then pop it soon. Still, its easy to enjoy and will probably do the job for many. (89 points) 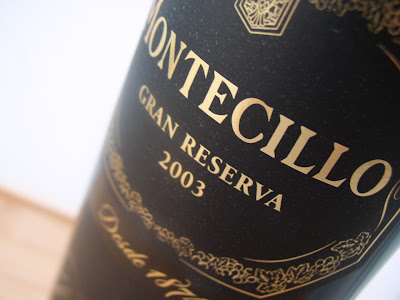 Ruby red color. Oh boy; this was totally different from the Pomerol! Still youthful on the nose with scents of dried leather, a slight barnyard feeling, red berries, lead pencil and tobacco. On the palate it’s vivid and shows no signs of reaching maturity yet. Lovely refreshing acidity balancing the fruit and the notes from the oak. Red berries, a touch of leather, plum skin and tobacco. Quite long finish and I’m impressed the oak doesn’t dominate considering the wine has spent 30 months on French barriques. Slightly dry tannins but the overall impression is nothing but good. I’ve always had a sweet spot for traditional Rioja like this, CVNE and La Rioja Alta. I’m sorry I lost you along the way Rioja; let’s resuscitate the forgotten acquaintance! (90 points)

Quite dark red color. Classic blackcurranty nose with cedary scents, leather, violets, grass, ground coffee and tobacco. Elegant bouquet starting to show some maturity. On the palate it reveals a good deal of tannins but also fruit to give them balance. Blackcurrants, lead pencil, newly cut grass, leather, finely integrated oak and violets. Concentrated, elegant, long and really, really good. This is a great glass and every Bordeaux lover out there ought to try it. 13% – how many wines are that low in alcohol today? (92 points)
A fair comparison considering there’s a price difference up to 10 Euro’s?

Well, the fact that Montecillo produces around two millions liters every year (not only the Gran Reserva though), Springfield Estate produces around 17-20 barriques of the Méthode Ancienne and the Pomerol is around a 1,000 cases, one could argue that more attention and stricter yields aren’t unreasonable to demand for a Pomerol at 25 Euro’s. Otherwise; cut the price! The Rioja surprises positively and delivers at the price. Méthode Ancienne is a premium wine that clearly demonstrates what South Africa is capable of producing.

Am I surprised of the result?

The day all consumers care more about the bottle content than what the label says – then, I am surprised. Happily surprised!

Where do you live? The Méthode Ancienne can be purchased here (Germany), here (Sweden) and in UK here. The Rioja is probably an easier catch – Swedes here, Germans here and in the U.S. there’s lot of retailers, at least of the 2001. The Pomerol can be ordered here.