What's new:
You are at:Home»Australia»First, I cannot be. Second, I do not condescend to be. Two Hands aspiring on a future No.1 listing?

Have you seen this year’s Top 100 list from Wine Spectator? Whether you like lists or not, think they’re stupid and rather prefer just drinking wine, this is one that can’t be totally neglected. Wine Spectator is a major player amongst wine critics, like it or not, and I actually believe the list is a quite good guide if you’re in need of such a one. I know I am. Telling you I only buy what interests me, without paying attention to critics would be this blog’s bull of the year. How else am I to learn about areas and wines that perhaps aren’t amongst my most prioritized?

I appreciate that they give up on the classic scoring list; most points win. No, this list is composed by grade, price and availability. As good as it gets. Therefore the reader will find wines with a perfect score perhaps at the lower end of the scale and not necessarily at the top.

Going through this year’s list I’m excited to see a wine that over the last years has taken the role as house wine at Casa Mise en bouteille – the 2009 Sainte Cosme from Cotes du Rhone (not that the ’09 has been a house wine the last three or four years). Great stuff at a great price that should attract most wine lovers. Most important though; you don’t have to know the right persons in order to buy – or be tricked to buy a full case of other stuff you don’t want just to get your hands on one specific bottle. Basically that is why I do read and check the Wine Spectator list – and considers it to be the most interesting one published every year.

I need to learn more about Barossa. What better way is there than to pick up the number two on this year’s list? 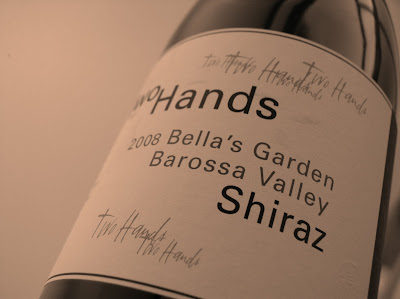 The 2008 Two Hands Bella’s Garden Shiraz is retailing in the U.S. at USD 55 (I ended up paying the equivalent of USD 63). This is not their first appearance on the Wine Spectator top list actually, but the so far best rating. Normally a wine like this would scare the s-t out of me only by looking at the label. No, don’t misunderstand me – it’s an elegant design and it appeals to me, but the alcohol content saying 16% is, as any other region with high alcohol table wines, met with scepticism from my side. Therefore, I’m happy to say I never even thought about the alcohol in this one when tasting! 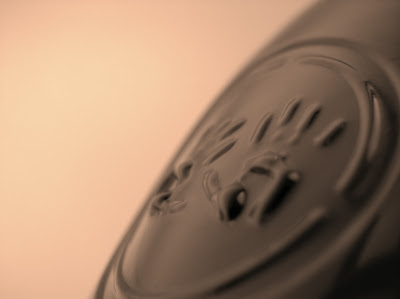 I’m not going to re-tell you the story of Michael Twelftree and Richard Mintz – the two who formed the company. For that, please click here.

Is 2008 a cooler year in Barossa? I know it does sound stupid considering the alcohol is 16%, but the first impression when sniffing the wine makes me associate with other less warm regions. I know the wines from Two Hands have split tasters into two camps, but in this case my still growing Aussie reference frame takes me to Torbreck – one that I also know as more restrained. Heck, if it weren’t for the slowly emerging scents of Christmas spices like cinnamon and clove – and some eucalyptus – I could easily blind guess this far away from down under! Thank god for decanting and tasting with the bottle in front of me…

No obsessive use of toasty oak and no overwhelmingly jammy or scorched earth notes. This is simply a gorgeous bouquet! Young with compact notes of blackberries and raspberries, sweet licorice, spices, dark chocolate and warm earth. You feel this is just waiting impatiently to explode on the nose but that doesn’t happen during the evening, actually not the next day either when the last glass is tasted. In five or seven years perhaps?

Dry. Not really what I was expecting. “It’s quite tannic”, my wife says and looks at me. “But I like it!”

I confess that my changing buying patterns started a bit as a way to listen more to my wife’s palate. With wines like this though we seem to share taste. Although compact tannins they are never aggressive. The pure dark red berries character is just as delicious as in some C9dP’s of 2007 – in other words easy to fall in love with and drink too early! Mineral character, a bit of smoke and tar, Christmas spices returning and a fine integrated oak feel. Incredibly long but never do I feel it’s thanks to the wine aspiring for a life as fortified. No, this is just delicious from the start to the end. But give it a long decanting time ahead if you’re like me and can’t keep fingers away. 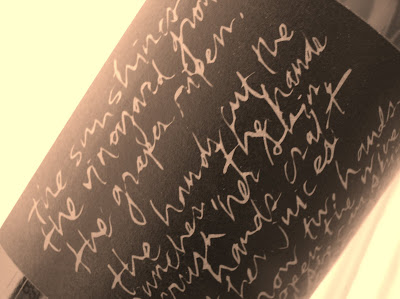 Technical Notes on the 2008 from the producer’s site:

Crushed and fermented in 5 – 10 open top fermenters with regular pump overs; three daily during peak fermentation to extract colour and tannin. A small percentage of free run is drained off and transferred to barrel to complete fermentation; remaining must receives 7 to 21 days maceration before the dry free run is drained to tank, the wine is then racked to barrel. Malolactic fermentation takes place in barrel. Minimal fining and unfiltered. 16 months in 18% new French oak hogsheads, the balance in 1-4 year old French oak. Acidity 3.4g/L; pH 7.2. (Or isn’t it the opposite?) 16% alcohol.