What's new:
You are at:Home»New Zealand»Regions in New Zealand»Auckland»The best Mate in the world!
‘It’s lemon zesty and green apple nose, grapefruit and nut meg scents – backed up by beautifully integrated new oak – and huge amounts of wet rocks, will probably set most terroirist’s on fire. Mineral’s, mineral’s and mineral’s! On the palate it’s mouth-filling with hints of peach, grapefruit, stonefruits, smoke, new toasted oak, herbs and wet rocks. Yet it’s restrained and that razor sharp acidity you just got to love! Still young but some hours of decanting shows what great potential the wine posseses. Long, lingering mineral driven finish. I want more of this Chardonnay, lots of it!’ 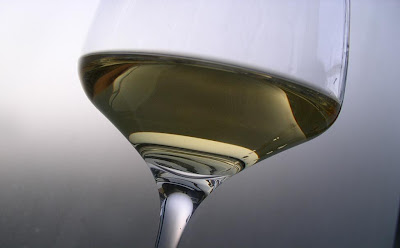 Ok, you start to think whether he now will start babbling about a Chablis Grand Cru or a world famous village in the Côte de Beaune, but no, this is not even Europe. Expressing a wine’s origin is not a trademark of European wine producers, today it is just as evident in the world class wines emerging from many other wine producing countries around the globe. New Zealand for example.

Forget about Sauvignon Blanc! Sure, it gave the country an identity -heavily cheered on by the Brits in the 80’s – but the real greatness and potential amongst the kiwi wines are, in my opinion, the Chardonnay’s and Pinot Noir’s. 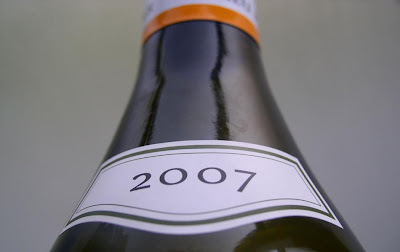 Ever heard of San Marino Vineyards? Not? How about Kumeur River then? One of the pioneers in the kiwi quality wine history, the vineyard was established in 1944 when Mick and Katé Brajkovich, and their son Maté, came to Kumeu, about 20 km northwest of Auckland City. After the passing away of Mick, the son Maté laid the ground for San Marino and was also one of the pioneer’s in the NZ wine industry. However, it was first in the beginning of the 1980’s the step towards high quality wines were taken. 1986 the vineyard then consequently changed its name to reflect this change – Kumeu River was born.

Maté passed away in 1992 and today his son, Michael Brajkovich is the winemaker. Michael, New Zealand’s first Master of Wine has taken the family run property to the next level and amongst Kumeu River’s top notch Chardonnay’s are the Hunting Hill, Coddington and the Mate’s Vineyard. 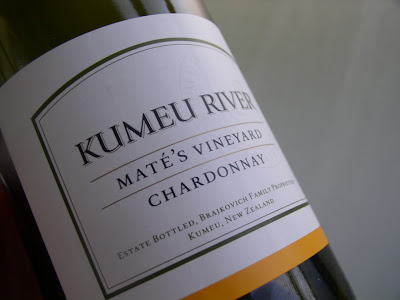 I was blewn away by the sheer class of the 2007 Mate’s Vineyard. Compared to the 2006 the 2007 vintage was cooler and din’t reach the same sugar levels. Still, the Brajkovich’s rank the ’07 as perhaps the best wine they’ve ever produced at Mate’s – and there’s no doubt the more mineral feel to them attracts traditional wine consumers. However – and this is worth keeping in mind – this is no copycat wine; it has its very own personality and unique character.

2007 Mate’s Vineyard – sheer world class Chardonnay! Will likely need a year in the bottle and continue evolving for several years. Tell me where I can find a Chablis Grand Cru at this price and quality? 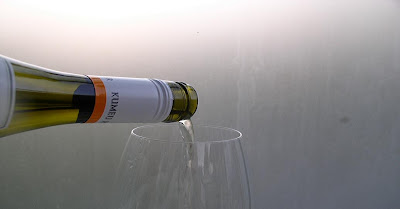 Where do you live? The Mate’s Vineyard can be purchased at Berry Bros & Rudd in UK at £25,95 a bottle. 10% discount when buying a case. In the U.S. the 2007 can be found at Fine Wine House at USD 38.98. For further retailers check out winesearcher. For an even more detailed list contact Kumeur River for importers.

P.S. Did I mention this comes with Stelvin enclosure? Bravo!