Deep inside my heart I know, but at the very same time I have my prejudices. Argentinian, Australian or Chilean winemakers, to mention a few, do produce great wines, but for a Gallophile – or maybe more an Europhile which hardly can keep up with what’s happening in France, Germany or Italy, it’s easy to neglect a Malbec from Argentina or a Carmenère from Chile.

The impossible in keeping updated with the world of wine in general gives birth to preferences which you then tend to stick to for the rest of your wine drinking life in worst case. Ergo; a hotbed for giving birth to prejudices!

Having tasted the best of the rest several times, whether it is a mature Grange, an auction Stellenbosch or a joint venture Chilean, I still find my own collection consisting of 95% European wines. And when giving it some further thoughts; when was the last time I bought a just as expensive non-european wine – as I tend to with the French reds – popped it, had it with my meal and followed it during the evening? Californian wines yes; then I do it regularly since I praise these just as much as the best from Europe. But Chile?

I am ashamed and from now on my palate is on a world wide revival tour – on the search after new preferences and maybe modifying my biased approach. A mixed case of high quality, non-european, wines I normally never buy will be my cicerone along the journey!

You’ve probably by now read it a few times: the words of André van Rensburg at the South African estate of Vergelegen:

“Chile? I don’t even need to taste the wine. You can just stick a bottle up my arse and I can tell you where the wine’s from.”

Not a skill I would brag about – but is it really that easy to recognise a Chilean wine? Isn’t it easier to identify a Burgundy, a Chianti or a Mosel Riesling? And what’s the issue if it’s easier to point out a Chilean wine? When prejudices are given space to spire they tend to generalize. When it might be easy to point out a simple Cabernet Sauvignon from Chile, with its easy going sun drenched blackcurranty and juicy style, the same can hardly be said about the wines in the other end of the scale. So André, typical for Chile? 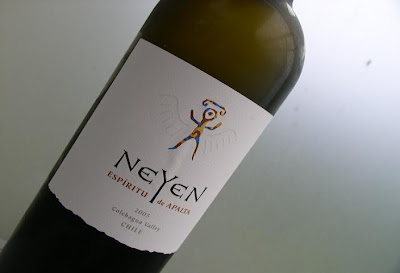 Now, what happens if you put more than 100 years old Carmenère and Cabernet Sauvignon vines, complemented by some younger ones (read: at least 30 years old!) from the Colchagua Valley, in the hands of two French educated oenologists? This is exactly what Neyen does! Patrick Valette, with a long track record from Bordeaux and Chateau Pavie especially, has together with Fabien Réquillard and Eduardo Silva created the spirit of Apalta – Neyen.

The vineyards of Neyen are located in the Apalta Valley in Colchagua, a two hours drive south from Santiago. Shaped like a horseshoe the valley gets protection by the vicinity of the ocean and its winds that blow through the Tinguiririca River Canyon from the west. The vineyard with its impressive high density planting of vines dating back to 1890 doesn’t require irrigation thanks to deep roots. On the hillsides of the vally Neyen has its newer plantations.

Benefitting from a semi-arid Mediterranean climate, granitic soils, and an ample daily temperature differential—aptitudes results in grapes that ripen later – which is good for acidity and elegance.

TASTING NOTE: The 2005 Neyen consists of 70% Carmenère and the rest being Cabernet Sauvignon. 12 to 14 months on French oak barriques of which 70% were new. Pop’n pour. Then followed during two days and the tasting note is hence a combination of two days of tasting. Served at 17-18 C. Fine dark intense colour. Lovely bouquet starting to show some maturity; floral notes, fresh black currants, wet rocks, saddle leather, dark cherries, green pepper and fine integrated barriques. On the second day it is more evolved but keeps its style although becoming more elegant and complete adding a nice spicy touch on the nose. 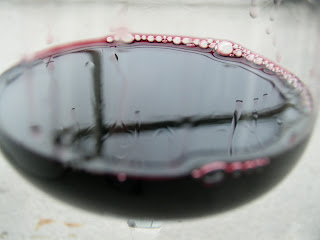 The mouth feel is utter seduction with such fine and racy tannins and pure sweet black currant and cherry fruits. Dark chocolate, prune skin and tobacco and a mineral driven acidity sneaking up on you. Quite elegant although it is not the wine’s trademark. Bearing the 14,5% alcohol content without any problems and the finish is long, fresh and shows no signs of bitterness or lack of balance.

This is good, really good and I am not only impressed – I even find myself thinking I want to trade a case of Bordeaux at similar price with the 2005 Neyen – I will most definitely keep an eye on this!