What's new:
You are at:Home»France»Regions in France»Cahors»I really want to, I do, but…

Be completely honest to yourself; isn’t there just those grapes, wine styles or even wine regions you really want to like and keep on trying, but doesn’t seem to fall for? Sure, there’s always exception’s to that but somehow you simply won’t fix it – or maybe understand it.

As a wine blogger one could probably – to some extent – point at my writings and for example say: ‘Ok, that guy sure likes his Madeira’ or ‘Why doesn’t he ever write about Rioja’. The lack of some wines or regions being mentioned or reviewed in my blogs could be interpreted as a non-interest from my side. And yes, I do confess it’s easier to write positively than hit on those I seemingly don’t like. I mean, why should I channel my non-interest when it’s not due to the lack of quality in the wines but my lack of appreciation? In the end it all comes down to your own preference’s and you just can’t like it all – regardless of what the pro’s are telling us.

So, without any internal ranking, here’s my 5 I don’t seem to really hit it off with – despite year’s of tastings and the obvious (in some) high quality of the wines:

Although a Bordeaux fanatic for 15 years I haven’t really transferred my passion on to the sweet wines of Barsac and Sauternes. Young wines, old and mature one’s, vertical’s of d’Yquem….nope, they don’t reach me. As an acidity freak I simply prefer dessert wines that generates that gastric acid kick as found in a German Riesling or a Madeira. Having followed the Bordeaux market for years and having seen the recent crazy price boom I confess I don’t pity myself and my lack of passion for Sauternes Botrytis. Still; I’m happy to have visited and been there! 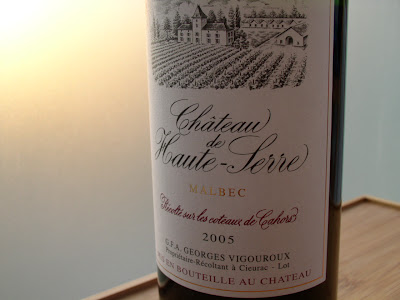 This year I thought it was time, time to give Cahors a chance and show me how wrong I was. I have tasted through almost a dozen of dark impenetrable Cahors wines from different producers; some young and also those with age. All awaiting a decision whether to be posted or not….

Again, I don’t get it and Cahors don’t make me jump out of joy. I know the region sees a remarkable development of sales at the moment, especially in the US, but I miss the elegance in the wines. I know there’s exceptions but to be honest; when a Malbec is to be purchased I will prefer an Argentinian one – they’re simply superior to the Cahors ditto’s – if my taste is consulted.

I am truly sorry Mr. Abraham Izak Perold, but I have serious issues with your crossing of Cinsault and Pinot Noir. For me, Pinotage has blocked my potential and more thorough examinations of what South Africa has to offer besides this carrier of burnt scents I really dislike. Sure, there are exceptions and I only express my point of view but Pinotage is a grape I simply can’t understand and feel no need of being convinced of. 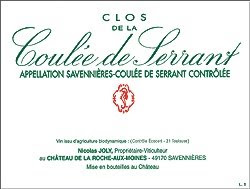 Some of you probably holds Loire’s pride as the greatest grape of them all and considering my fascination over acidity this one should logically reach my personal top-five preferences list. It doesn’t. Again, everything one is supposed to taste from the Loire Valley I have tasted. Joly’s wines don’t speak to me at all and the sweet versions I find more interesting than tasty. I am honored of having tasted Moulin Touchais all the way to a 1893 but again, I am more excited over the awareness of its age than taste. Probably, my non-liking correlates with the grape’s bouquet and taste. Not my cup simply.

A bit like the Cahors I lack elegance here. The often brutal tannin structure of the wines I’ve had don’t appeal to my taste buds. ‘But you’re supposed to let it mature for a decade and then taste it’, I’m told. ‘You have to be patient’. Well, I have been and I have popped some old Sagrantino but no, this one’s really as boring as it can get for me. For me it’s simple; a wine that is not good in its youth won’t likely be good with age.

Others rivaling for a little wanted place on my top-five list are:

Madiran and its main grape Tannat won’t make me overdraw my credit card.

Nor will wines on the Portuguese Baga although I have tasted good examples.
As with Chenin Blanc, I find it more interesting than actually tasty.

Pinot Gris is a grape I have difficulties with understanding – regardless of it’s origin although I admit i prefer an Italian version.

I would have put Nebbiolo to the list as well but thanks to a bombardment of the very best from Barolo and Barbaresco during the last year I am slowly starting to appreciate the wines – and understanding them.

As stated, this is simply my list over grapes, wine styles or wine regions my palate doesn’t appreciate. It’s perhaps a static generalization in some reader’s mind but it’s mine and no one else’s. It is not supposed to be read as a warning in buying a Sauternes, Cahors, Pinotage, Chenin Blanc or a Sagrantino di Montefalco.