What's new:
You are at:Home»New Zealand»Regions in New Zealand»Waipara»Canterbury»It’s like hearing Jimi Hendrix for the first time…
‘The property includes a winery, a wine tasting area, a home designed by David Brocherie, the vineyard, and a substantial amount of bottled wine and barrels. The property and assets are for sale by receivership tender, closing September 22.’

It’s sometimes easy to forget. Wine is business and not only light-hearted viticulturists. Sure, there’s the small boutique wineries of high class owned by wealthy individuals with an urgent need for a lifestyle switch. Their capital secures the winery’s existence and don’t give a d..n if there’s an ongoing global recession. But a lot of wine growers, read most, do struggle for their survival and it’s a fact that the economic reality is tarnishing the romance many of us has built up around those we consider fortunate to be in the wine growing business.

For us, the consumers, it’s easy. We love the story of a limited edition wine, a hard to find grape, excentric winemakers, a single vineyard wine, high ratings and so on. We’re buying but then suddenly, when priorities in life acutely are in need of being restructured, the global crisis showed the small wineries its ugly face. Consumer patterns changed and there you have it; the recession had reached the winegrowers as well, especially those producing premium wines.

In November 2009 more than 90 wineries were listed for sale in New Zealand. That’s a lot. Of these were a few actually in recievership and had already fallen. So who’s fault is it? We, the consumers? The banks lending too generously? Or the wine growers being too optimistic and hazardous?

I can’t help but think what would have happened if the great Bordeaux vintage of 2009 had been a fact 2008 instead – and hence sold en primeur when the real 2008’s hit the market with fairly lowered prices. Would we have bought as much and at what prices? I have no intentions in ruining my rhetoric question but let’s face it; when standing in the center of the storm the last thing you pick up is a 100 Euro premium bottle of wine. In crisis like this consumers cut down on luxury which for most is synonymous with boom years.

Let’s stick to the recession thoughts. Is a classic wine, say a Burgundy, easier to sell during a crisis, compared to a super premium New Zealand Pinot Noir? Has tradition and long-established regions and wines an advantage although they necessarily aren’t better wines? Are we cowards during a financial crisis? If you’re asking Daniel Schuster he’d most likely say yes considering his winery went into recievership last year. 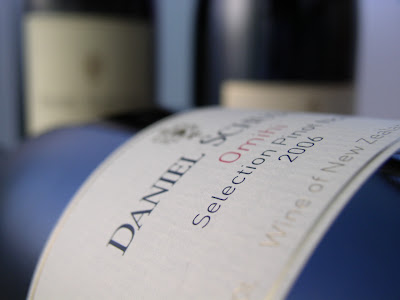 Daniel Schuster, one of the world’s most entertaining and competent wineproducers, produced 8 vintages (only great years) of his Omihi Pinot Noir in Canterbury/Waipara. Danny is one of those worthy of a Pegasus since he has managed to tame Pinot Noir and make it his life long companion. Sadly, debts saying $2.8 million, simply became too much in the end and Daniel Schuster Wines Ltd failed to meet loan repayments.

Ok, so a little more than 10,000 bottles a year of the Omihi, in only 8 vintages since he started back in the mid 80’s, aren’t gonna pay the bills. For that he for example had the Twin Vines Pinot Noir. Still, being a sought after consultant and evidently capable of producing world class pinot, it wasn’t enough. 2006 is the last Omihi and perhaps also the greatest. 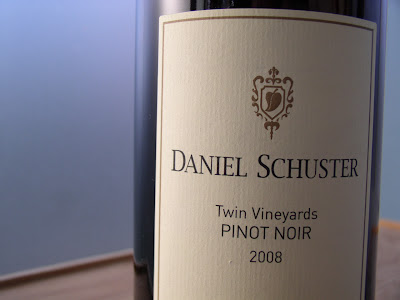 In January 2009 Bob Campbell MW wrote an article for Decanter on the Waipara theme. He then wrote: ‘I recently rated a Waipara Pinot Noir – Daniel Schuster’s Omihi 2006 – as the best New Zealand Pinot Noir I’ve ever tasted.’

Come on; even an old world embracer must feel a bit curious and thinking it could be worth paying 50 Euro’s to try it. Right? If that doesn’t do it then Gary V sums it up more brutally: ‘This wine brings balls.’

Gary interviewing Danny by the way – Or is it Mr. Schuster lecturing Gary? – is one of my favorites of Wine Library TV. Watch the episodes!

Let’s talk Omihi Hills Vineyard! The 6 hectare site was established in the mid 80’s and don’t use any irrigation. Furthermore Schuster went organic in order to avoid  the use of fungicides, herbicides and pesticides. Hens were also used to keep insects away from the vines.

The soil character of the Omihi is of the one of limestone deposits. Planting Pinot Noir was an easy choice due to the climate conditions and the affinity between Pinot and the chalky soil of Burgundy’s Côte-d’Or. Furthermore, even the greywacke alluvial soils in the Waipara valley floor has a higher calcium carbonate concentration as can be witnessed from the milky water that flows in the Waipara River.

Daniel’s part of the Omihi had a planting density of 7,500 vines per hectares and is one of the oldest Pinot Noir vineyards in the country. Probably the oldest in Waipara considering he was the very first to start out there. As Danny says himself in the Gary V interview on being a pioneer: ‘I was making the worst and the best wine in Waipara.’ 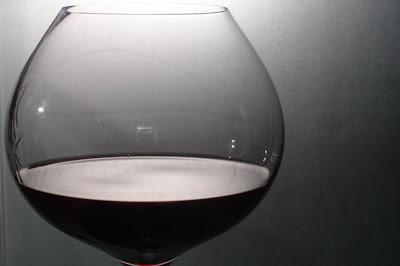 Aerated in a decanter for several hours. Quite dark for a Pinot. Wow! Already when closing in on the bouquet you sense what’s gonna hit the nose! Dark cherries, wild strawberries, leather, humus/compost, spices and rose petals. Perfectly integrated oak. Still young but such awesome concentration on the nose and still managing to stay elegant….I’m already all yours dear Omihi.

Well, it gets even better. On the palate its filled with personality and mouthwatering fruit, balanced by a tickling acidity that is so seductive. Cherries, spices, sweet root and dried rose petals. The cherry taste is just delicate! Then an aftertaste with warm earth, fine gentle oak and lingering acidity. Intense! Some would argue too intense for a Pinot Noir leeking suspicously at the 14,5% the label says. But stop; don’t worry; the 2006 Omihi has no problems in handling the alcohol. 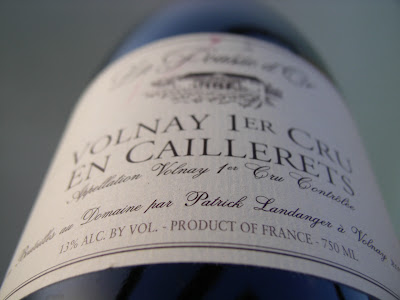 I had my suspicions – and hopes – the Omihi would be this great, so I decanted a reference wine as well; the 2005 Volnay En Caillerets from Pousse d’Or. Similar price and similar decanting time. No doubt these were different wines but both, to say the least, were outstanding. Still, it’s impossible not to be seduced by the Omihi and hold it as a superior wine. Both wines were kept cold over night to see how they developed. The Omihi just continued bombarding me with its starting complexity and its intense flavors. Just as good, perhaps even better, on day two. 10 years of cellaring is no match for this baby!

The Volnay didn’t manage the over night stay as well and was at its best after some hours of decanting the evening before (92-93 points).

Will the 2006 Omihi be a sought after wine due to it being the last one produced? Well, don’t wait to long to find out. For the price in UK it is difficult to find a better Pinot Noir – here that all Burgundy friends! 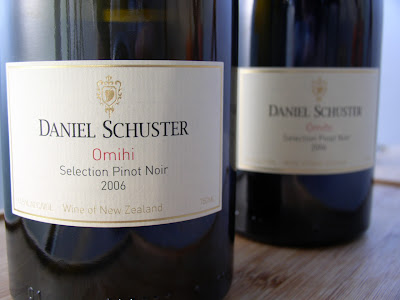 Where can I buy the 2006 Omihi? Well, thank god for Slurp.co.uk it can be bought in UK at around £41 when picking up a six-pack. No question this is a great price. Delivers abroad as well. The 2008 Twin Vines can be purchased at around £14 a bottle when buying 6.

N.B.1. The title of the post are the words of Daniel Schuster when talking about tasting and producing wines in the new world (Gary V interview)

N.B.2. The starting sales talk are from the Colliers when Daniel Schuster went into recievership and were up for sale.

N.B.3. Between 2006 and 2009 Nicholas Brown was the winemaker at Daniel Schuster Wines Ltd. In other words, most likely quite involved in the making of the 2006 Omihi. Nicholas are today winemaker at Black Estate in Waipara, another celebrated winery. Why not try one of his Pinot’s?