What's new:
You are at:Home»France»Regions in France»Bordeaux»Out with the old – in with the new!
No, I’m not bitter. Not at all. Au contraire – I am grateful for the fact that the Bordeaux en primeur 2009 offerings made me realize there’s so much more great wines out there. Wines I don’t have to bond my apartment for – in order to pick up a case.  Wines at the same quality, even surpassing many more famous Chateau’s, at a fraction of the price.

One shall never look back and compare the prices paid a few years ago to the ones today. “Why didn’t I buy more?” – you have probably raised the question several times, especially when noticing the same wine in the latest released vintage now is three or four times up. I know I have – after all I’m just a wine consumer with a great memory when it comes to the prices I’ve paid!

We all know the reasons for the boom Bordeaux experienced with the release of 2009; a global crisis is slowly put behind us and people start looking forward again, an increased interest in Bordeaux in new parts of the world, all the signs of a great vintage and of course high ratings amongst the professionals.

That’s me, but I trust Robert Parker when it comes to Clerc-Milon. Over the years I have agreed with his ratings of the Clerc wines I’ve had. When it comes to the 2004 it receives a 90 points score and Mr. Parker calls it an “Outstanding effort…”. In The Wine Advocate #188, April edition, the 2009 receives a 90-92+ rating:  an “impressively endowed effort that requires serious cellar age”. No doubt, the 2009 probably is a better wine than the 2004 – but is it worth paying three times as much for?

Well, that’s up to you and no one else. Considering it is sold out most places already, the demand was definitely there. For me, it had reached a price tag when I seriously questions my purchases. Sure, I buy wine that might cost considerably higher amounts than that  but then I settle with one bottle. An old Vintage Madeira I happily buy from time to time but then I am also aware of the fact this exists in miniscule quantities. Clerc-Milon produces around 15,000 cases a year. Nope, my wallet doesn’t buy that equation – nor do I.

When a brand or a region’s popularity takes over and creates disharmony between supply and demand I know it’s time for me to move on. I will probably enjoy every single bottle of my 2004 Clerc Milon’s but will I miss drinking it in the 2009 vintage? Probably not, there’s just so much else to discover out there! So, thank you Bordeaux. Thank you for encouraging me to find new gems and broaden my palate – or to pick up bottles from lesser known sub-regions in Bordeaux. 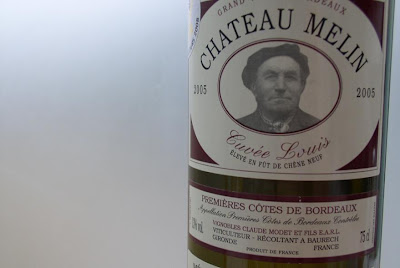 Although a two year old discovery, it is a great start as a recommendation when broadening the Bordeaux horizon: July 2008 – staying in the sub-region of Premieres Cotes de Bordeaux, I literally ran into Chateau Melin since it was located 200 meters from where we stayed. Not having any expectations at all I rang the bell and was invited to taste their wines. All well made and sound wines but there was one standing out – the Cuvée Louis. Back then I paid EUR 11,20 for a bottle and was amazed by just how much stuffing it had for such a low price. Together with my father-in law we ended up with 18 bottles of the 2005 and I have, on the occasions I’ve tried it, rated the wine 89-90 points. 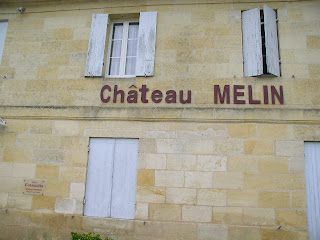 Last weekend it was time to highlight it was two years ago we visited Bordeaux and hence popped a Cuvée Louis. the wine which consists of 45% Merlot, 30% Malbec och 25% Cabernet Sauvignon and spent 14 months on new oak had opened up beautifully and – although it has plenty of years ahead – delivered pure drinking pleasure. Still dark but the bouquet of dark plums, currants, hay, licorice and bottled sunshine opened up in the glass. Fine intensity on the palate with lots of fruit and tannins left. Plums, grass, licorice and a touch of cedar in a long fine finish. Highest rating so far, a 90! 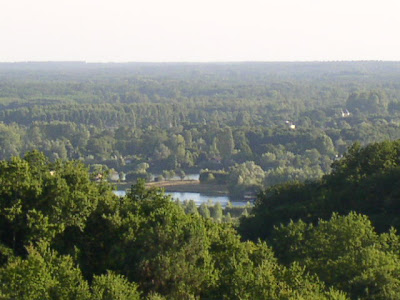 For a moment I was back, looking at Garonne and remembering our evenings at Chateau Sentout, close to Langoiran and the bridge over to Graves and Sauternes/Barsac. Life is good – even when the Bordeaux only costs a bit more than a tener! 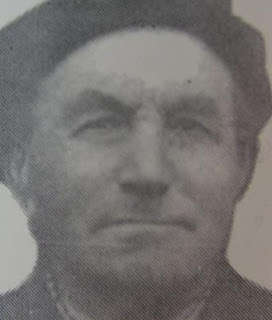 Are you interested in tasting the 2005 Chateau Melin Cuvée Louis? Then contact the Vignobles Claude Modet. At 24 bottles the price today is EUR 13,15 (a price i do believe you will get at 12 bottles as well) and while ordering don’t forget a case of the delightful white 2007 Cuvée Osmose, a barrel fermented white resting on its lees. 9 euro’s….
P.S. I know; Louis looks like Robert de Niro!