What's new:
You are at:Home»Portugal»Grape Varieties in Portugal»Alvarinho»Reflections of a wine lover – report #57

I can assure you – for the five coming weeks there will be nothing but Portuguese wines in our glasses; from the mainland – and from the island of Madeira where we are staying! The first six days here has started really good with some wonderful Alvarinho, divine Sercial and a Douro red with a QPR that’s unbeatable!

goes Portuguese for some weeks but most updates from Madeira producers and wines tasted will be found here and here. So, if Madeira or Portuguese wine is somewhat of a grey spot on your wine map – hopefully then I can contribute with some enlightening updates.  Thank you for reading newsletter no. # 57 – let’s focus on Portugal for five weeks!
*

Sunday evening and the kids are sleeping contentedly after a beautiful day in Funchal that was rounded up with a plunge in the pool! For supper we had the Espada for the second day in a row now, the local fish that also goes under the name Black Scabbard. How something that ugly can taste so good is the reward given when having passed the psychological barrier of daring to put it in the mouth! 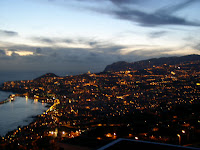 Sitting in the living room, watching the Funchal skyline and updating the blog is a true pleasure. It’s such a lovely city with its dramatic location and when I think back a week, I remember how depressing it was to see the flooding that hit Madeira. The selfish part, realizing a most longed for vacation could be canceled due to travel restrictions , but even more the damage the catastrophe has caused the island’s inhabitants.

But seeing locally what the Madeiran’s been hit by makes us humble and even more glad that we went. Madeira needs us and we need Madeira!

The evening before take off always include a glass of wine. When going to Madeira it was an easy choice so we had the 1999 Barbeito Boal Cask 8 a+d. In some way it feels a bit meaningless blogging about a wine where the total production stopped at 846 half litre bottles but this is Madeira – high quality wine on the island is such a miniscule production. Well, actually Madeira on a whole is a small business. 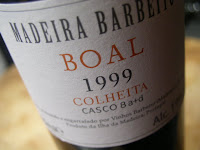 The 1999 origins from a single vineyard on the north side of the island, São Vicente. Being one of Barbeito’s favourite vineyards it is well protected by the wind and also benefits from a sun drenched location. For a Boal it has impressive acidity and the sweetness is well hidden.

A bright amber colour. Fine notes of almonds, crystallized apple, honey, mint, wet earth and fudge. The mouth feeling is restrained although there’s generous amounts of residual sugar in the wine. Why? Acidity, acidity, acidity! It’s nutty, orange peel, fudgy and nicely oaky notes are simply mouthwatering and I am so glad i still have two bottles in stock! (92 p).

By the way, 8 a+d you might wonder – what a name! Well, the cask is simply number 8 and the a is the warmest Canteiro at Barbeito’s. The d is the finishing of the wine in the coolest Canteiro to add freshness.

The weather conditions on Madeira is heaven for a meteorologist. Rain, storm, sunshine and fog within five is pure fascination! 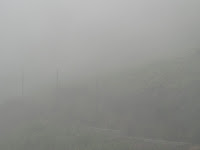 However, the first day in Funchal was anything but fun – a thick fog surrounded the island and one could barely see the neighboring house!

The work to clean up Funchal is most impressive to watch. Thousands are working 24/7 to make the city fully functioning again and many parts are already back in business. But some places will take time to fix and small villages as Ribeira Brava has been hit even worse. 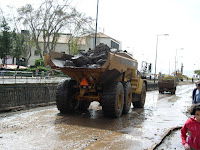 Have a look at the video clip below just to understand the extension of the damage. Now the river is calm again but on the 20th of February when it was flooded and took everything in its way with the current, you can imagine the destruction.

I just love Alvarinho! The elegance, the racy acidity and its ability to express the origin to mention a few but most importantly – it is an absolute world class wine matching with food. The sad part is that way too many Alvarinho’s are consumed in their very first years and therefore seldomly gets the chance to show the grape’s aging ability. I’m a bad boy myself and that’s why I was so happy to find my favourite producer, Quinta do Feital and their 2002 Dorado, on the shelves at Sá! The retailing price, EUR 11, was easy to accept and to accompany the wine we had the Espada fish (pictured in a fillet status below). 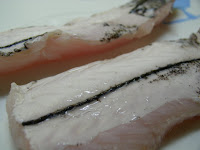 With its yellow, almost golden colour, the 2002 Dorado resembled a sweet wine but on the nose it got me thinking of a mature high class Riesling – even if the style of Alvarinho still is unique. Green apples, wet flint, a light floral scent, white peaches, lemon peel and a nuanced hint of thyme and fennel. 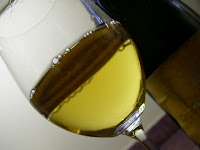 Truly wonderful, racy acidity with notes of apples, wet rocks and just a slight touch of honey. It’s refreshing as few and with a long balanced finish. Still fruity so no hurry to drink this beauty. I want more mature Alvarinho (92 p)!

What the heck! Let’s go for a young Alvarinho as well! The 2008 Contacto from Anselmo Mendes – retailing at Modelo for EUR 8,90 – showed why Anselmo is one of Portugal’s most brilliant wine makers of today. If you’re a terroirist, loving the feeling a cooler season gives, then 2008 is your choice in Portugal. Especially in Vinho Verde and the sub-regions of Melgaco and Moncao the wines are mineral driven and most restrained and elegant. 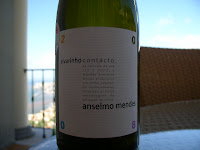 The 2008 Contacto is no exception. Wet rocks, grey pears, fennel, floral notes and peaches. I simply adore this style of wine that is so tough to describe without just sounding simple. Racy acidity, fine lingering fruit feeling and a minerality that makes Mosel Riesling sweat! A lovely glass with food and even if not a long after taste it is finishing off in the most refreshing way possible for a wine! (89 p)

Had to check if the producers close to the flooding were hit but thank god they seemed intact and not damaged by the rocks and water coming down from the mountains. Madeira Wine Company, Pereira d’Oliveira and Artur Barros e Sousa all seems fine which is a relief! 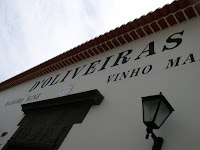 Especially considering all three have production and/or office at the same street at Rua dos Ferreiros, a street running close to the flooding, it is a true blessing none were hit!

Although a good wine for the money spent, EUR 5 a bottle, I am still a bit disappointed. For when tasting the Touriga Nacional named Joao Pato from Luís Pato it just shows to much carbonico for me to get excited. Not a fault – just the style and I do not like it. 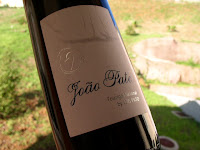 The Touriga Nacional typicity is there, no doubt, but when comparing to the lovely 2005 (rated 87 p last summer) the 2007 does not come up to the same level (84 p). However, the wine ended up being a great sauce to our roasted chicken where Alvaro Castro’s generic 2007 Dão did a great job!

This week it all starts! Wednesday it all begins with a visit to Henriques & Henriques in Camara de Lobos followed by Barbeito on Friday. 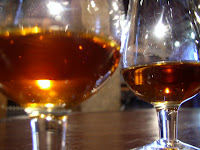 Couldn’t hold myself and cheated today with a quick hello at MWC and two glasses of Sercial, the 1950 Leacock’s and the 1974 Blandy’s! Sometimes Monday’s aren’t that bad…