What's new:
You are at:Home»Germany»Wine Styles in Germany»Auslese»Schist or Petroleum?

I remember sitting in the old doctor’s office with Michael Stahlmann, the marketing and export manager at Dr. Loosen tasting all of their sites. It was in in February 2007 and the 2006 wines were only a month or two from bottling, so mostly we sampled bottled 2005’s. Several of the wines, especially the more simple Kabinett’s, had a fine petroleum character which I told Michael.

-No, no! A Mosel can never smell of diesel. Rheingau on the other hand…..

-You know, Mosel expresses scents from the schist, Rheingau petroleum.

Before feeling like an idiot, having insulted the winery, Michael laughed.

– I said that once myself to an older winemaker here in Mosel upon tasting his wine. I was new in the region and the old man almost yelled at me for making such a stupid comparison. 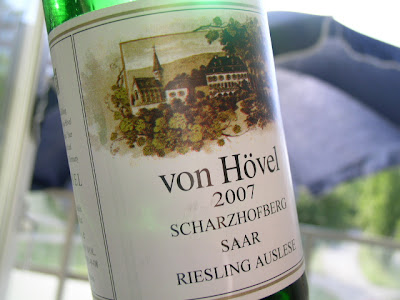 A wine, I dare say – without having all Mosel producers after me – that shows petroleum scents, is the 2007 von Hövel Scharzhofberger Saar Auslese. Popped a sunny Saturday amongst fellow Riesling fanatics it showed a quite evolved character, the classic gas station scent, herbs, green apples, a touch of coconut and peaches. A joy to sniff! 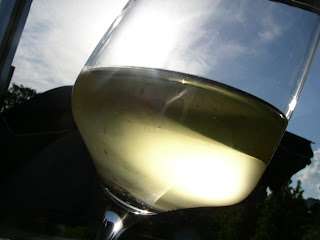 Classic Saar in a lighter style with steely acidity and a mineral driven taste. Not as sweet as I had expected but elegant and more restrained than a Mosel 2007. And that freaking high fruit that almost sparkles in the mouth you just got to love – giving the wine an almost innocent expression. For the terroir driven Riesling cognoscente who’s not afraid of some sweetness should check out the wines of Eberhard von Kunow!