I’ve prepared the Pollo Cacciatora on dozens of occasions over the years and can easily say there are few matches so good as a fruit driven young Sangiovese! Last night it was Cacciatora time and I opened up one of my best finds last year – the 2007 Il Volano by Molino di Grace. A Tuscan red consisting of 75% Sangiovese and the rest being Merlot.

Il Volano hasn’t been near any oak – after fermentation on stainless steal for 18 days followed by micro oxidation on the same, it spent 12 months on the steel tanks before bottling. 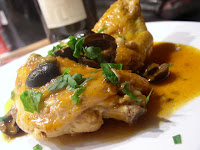 It is an uncomplicatd wine yes – but one can’t ask for more seducement when paying EUR 6,75 a bottle! Young red colour. Fragrant with its white peppery start, some leather, sour cherries and floral notes. In the mouth a lovely cherry taste with some earthy notes, saddle leather, white pepper, plums and refreshing acidity. Some length and I am so impressed you can find a Tuscan delivering this much at such a competitive price. 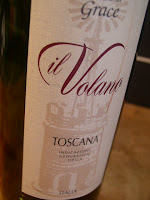 The round and seducing fruit was a smash hit together with the Cacciatora. The saltiness from the sardels, capers and black olives, the sourness from the lemon juice and the punch from fresh garlic needs a wine like the Il Volano. But even if I’ve had many nice combinations over the years this was most likely the very best – and possibly the cheapest as well!

Keep it simple and the success is a fact!

The site is experiencing technical difficulties.