What's new:
You are at:Home»France»Regions in France»Beaujolais»Weekly reflections of a wine lover – #61

So, tell me. Did you come up with any New Year’s resolutions? I had one; I promised to start the new year’s first day by organizing my part of the wardrobe. I failed miserably. Probably it was most deliberate since I’m not much into the resolutions stuff. Better then to fail directly.

However, I do have expectations for 2011, both personal and vinous ones. Looking back at everything I have been writing over the years it makes me a bit sad this is all in the past and forgotten about. I know, it’s the Achilles heel of blogging. A wear and tear-way of reading. What’s not newly published isn’t interesting to read it seems. That I think, is a key factor for me to avoid if I am to keep up the ambition, motivation and not to forget the most important thing I wish to spread, passion. I need a slightly other form for my writing. I need an URL. A www. This is my promise to myself in 2011 to keep up the motivation!Now the tricky part begins; finding a suitable name. Most are taken and although a majority of the domain names are registered in a cyber-squatting attempt to make money, meaning the names are not used but only parked while awaiting an offer, I won’t fall for that. You can keep your names and pay the annual fee for eternity. So 2011; bring me lots of new discoveries, new connections and new websites! Thanks for reading my irregular weekly mumbo jumbo newsletter no. #61.

Resolutions. I said I already failed miserably with the one and only I gave. Perhaps it is more appropriate to talk about setting up visions. In that case I have countless of goals for 2011. My primary goal is to continue broadening my perspectives, meaning concentrating my curiosity to wines and the people behind them outside the classic wine regions. Especially one country needs to be checked out even more intensely than last year. New Zealand, my new darling. The same goes for Australian wines which definitely has caught my attention.This doesn’t mean I will forget about wines from Europe and stop drinking them. Not at all. I will just concentrate spending my sugar on kiwis. That’s it.

Talking about New Zealand listen to this. I recently bought some 2008 Elephant Hill Reserve Syrah (90-91 p) from the currently most thrilling Syrah region in the country; Hawke’s Bay. It was good. I mean really good. Lots of classic Syrah character and a delicious taste with an acidity reminding me of northern Rhone. Obviously there’s one per cent of Viognier in it as well. Not that I can brag I thought so but seriously speaking, having followed the wine through a whole evening and also tasted a glass the next day, makes me confident in saying this is quality stuff. Obviously my kiwi guru thought so as well. 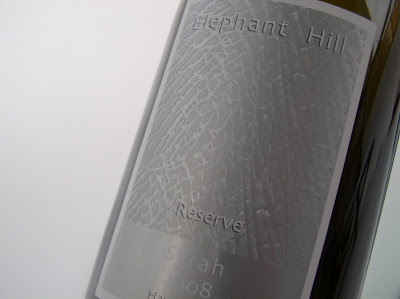 What annoys me is this; I accidentally noted a Swedish wine reviewer tasting the wine and crying out a ‘don’t drink this’-warning in his newsletter since the wine had a burnt scent in the taste. Yicks it ended.No matter how many readers you have, this I can’t stand. Everybody have their right to express their thoughts but when you don’t like a wine, please bear in mind that what you write will be read by others. Everybody that writes and have readers will most likely influence some and with wine-reviewing (as much else) comes a certain responsibility. Why don’t I like the wine? Is it my personal taste only or is this wine either crappy or perhaps defect? Under which circumstances did I try it? Can the fact I tasted 70 wines that day affect my taste buds? Shall I retry it before publishing my judgement?Personal taste is one thing and that I respect. Too hasty and judging comments are just unprofessional and should be reviewed more than once before publishing. Big or not; if a reviewer doesn’t have this as a primary understanding one will never gain respect.

Did you read my summarizing of 2010? The letter J? The cork industry seems to subscribe to the least wanted award every year and although we hear that a lot of effort is put in to reducing cork defects it’s still there. I don’t know if the cork people read my blog but I’m starting to suspect they broke in to my home and injected 2,4,6-trichloroanisole in the bottles I’d chosen for new year’s eve!

We were having four wines during the evening and half of them were tainted. Badly. Both were from Bordeaux and quite exclusive if I may say so myself. At least when my palate decides. 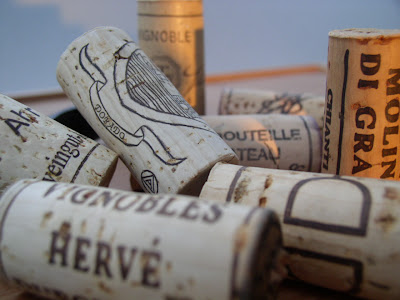 The evening before I had prepared the red wine sauce for the main course. It was based on two bottles of red wine, both corked and I wanted to give them a chance to at least show some dignity. The sauce was great. But way too expensive. Both wines were of the kind that didn’t need a cork since they’re appreciated for their fruit and vivid character. But I guess it’s just asking for too much. I mean, a Portuguese using screw-cap? Or as closure in a French quality wine?

That reminds me, a Portuguese that goes screw-cap needs some praising!

Miguel Champalimaud’s Quinta do Côtto must be one of few Portuguese who dares having an alternative closure that doesn’t emanate from Alentejo. Miguel, I salute you for your guts!

Hmmm…thinking of starting a new blog, just concentrating on wines with alternative closures.

Something completely different than wine. Coffee. I got some Kopi Luwak beans for Christmas. Kopi Luwak is coffee made from the beans of coffee berries which have been eaten by the Asian Palm Civet. A civet eats the berries for their fleshy pulp. In its stomach, proteolytic enzymes seep into the beans, making shorter peptides and more free amino acids. Passing through a civet’s intestines the beans are then defecated, keeping their shape. After gathering, thorough washing, sun drying, light roasting and brewing, these beans yield an aromatic coffee with much less bitterness, widely noted as the most expensive coffee in the world. Wikipedia explanation. 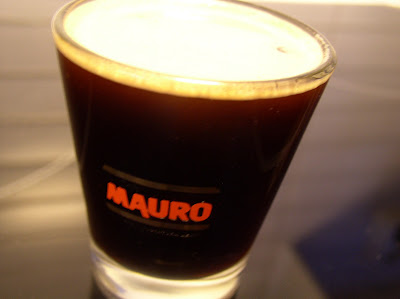 It sounds gross and one thing’s for certain. I surely know I don’t want to be a ‘civet coffee berries excrement-picker’ when I grow up! But you know what; this is good shit! No, actually it is fantastic coffee. Now I just wish I hadn’t been introduced to Kopi Luwak. Knowing how good coffee can taste puts me in an awkward situation. I’m not supposed to put just as much on some shitty coffee beans every month as I do on wine!

Something completely different than wine #2. Beer. No attempt here to sound like a beer pro. I know what I like but it pretty much stops there. But I need to tell you about my kind of malt beverage and the beer of the year in 2010. 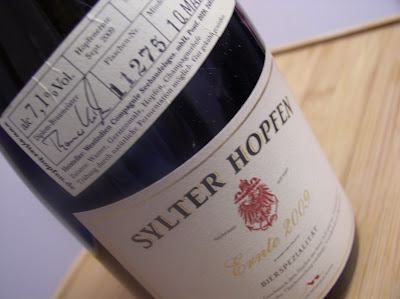 Brewmaster Thomas Kipka and co-owner Jens Boysen has a most thrilling project on the German island of Sylt.Their Sylter Hopfen cost just as much as a budget Champagne but is such a superior experience. I guess the real beer aficionados doesn’t go for this kind of beer as much as I do but it is easy to fall for the elegance and the lovely taste which is sweet and at the same time acidic. Alcohol like a Belgian ale, acidity like a Madeira and brettanomyces like a Beaucastel.  Seriously good stuff and worth the 20 Euro price tag!

Back to Beaujolais and their great 2009 vintage. If you’re reading my irregular week letter you know I’m checking out the 2009 from this too forgotten about region. Time has come to praise Chateau Thivin in Côte de Brouilly. 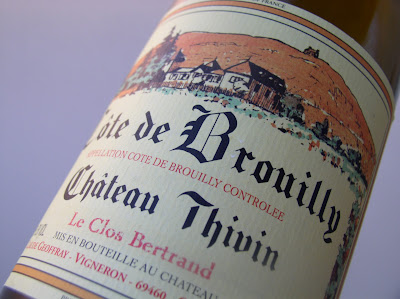 Claude and Evelyne Geoffay’s single vineyard Le Clos Bertrand (91-92 p) is one for the cellar! Delicious now as great wines tend to be in great vintages, but patience will be awarded. This one has a mineral driven taste that fascinates, acidity to complement and a tannin structure I seldomly find in Beaujolais. Forget about Burgundies at £15 a bottle. Buy some Thivin instead and fall in love with the true potential of Gamay!

Starting the new year with lumbago. Could have been better….

*
I really tried to find a yick-like burnt scent in that Elephant Hill. I really did.
*
By the way. Don’t expect to bump into the enormous creatures if you visit Elephant Hill. Saving you the disappointment already here and now!
*